Sex worker Pascal Schafers takes us into the world of sex parties and explains: What do we have to consider? Where can I find kinky parties? What can I expect from them? And what should I put on or take off?

To share your sexuality with many : Is that a fantasy of yours ? To surrender to the mess of many bodies on one bed? Or maybe to go out lasciviously and present yourself to others? There are now a variety of kinky parties between which you can choose from! Well, at least in Berlin! Because here in the city, you can immediately find dozens just by Googling. You are spoiled for choice, which is easier than in cities such as Munich or Frankfurt – because of the limited range. But whether this makes it better in Berlin, should also be the subject of this little introduction to the world of sex parties. Where can I find kink parties? What can I expect from them? And what do I put on or take off?

Where Can I Find Kinky Parties

Let’s start with Berlin. Berlin is a special place, but “special” in the sense that you are sometimes astonished at the dynamics of people, groups and scenes. Berlin contains the ambivalence of euphoria about everything that seems to be possible, and the peculiarities that arise from it: it puts the individual on a pedestal and celebrates itself and the individual. But Berlin can also swallow individuals up, letting them get sucked into intoxication. What do I mean by that? Like in no other German-speaking city, there is an abundance of clubs which – like Kitkat or Insomnia -, sometimes explicitly advertise sexually permissive parties. For some other clubs like Berghain or: // about blank, it is just implied. But there is also a mixture of sex and drugs that I am increasingly skeptical about. Sure, there can be a special kick. But isn’t the intoxication found at parties mostly used to disinhibit people, to take away inhibitions that they would otherwise not be able to let go of? Those who can be clean and yet uninhibited during the day, I am very keen about.

Sex parties did not exclusively emerge from the techno scene. The sex platform Joyclub, which was founded in 2002 and has expanded rapidly since then, has over 2 million members in German-speaking countries. A very special scene of organizers has formed around the forum, creating parties especially for a mostly heterosexual audience: from “Eyes Wide Shut” parties in castles to professional “private parties” in chic penthouses. And the “authentic” private parties advertised there should definitely not be cast aside: Countless people prepare entire apartments just to host private orgies. And here we are no longer just talking about Berlin and various apartments in Neukölln or Charlottenburg, but the entire German-speaking area. Personally, I found these “more private” entry into parties with 20-30 people usually more pleasant than going to mass events – this is of course also a matter of taste. The selection of sex-positive people is certainly greater at Kitkat *. And the pressure to become sexually active is lessened: you can just choose to observe at first.

What can I expect from sex parties?

Finding a life partner? Haha. What seems somewhat absurd on dating apps, sounds presumptuous in the context of kinky parties – similarly to the expectation of experiencing the greatest sexual kick of one’s life. Just like with regular parties, it usually gets good when you don’t expect it to – or so I believe.

Sex parties are about sharing sexuality, sexual communication, erotic playfulness and probably, much more intensely than at “normal parties”, getting started with new play partners. The nice thing is that you can test yourself there and with others too. Some also realize a special fetish, including several people in a game. The exciting, but perhaps also the sometimes daunting thing about big kinky parties is the simultaneity of so many different cravings and desires all at once. Tolerance and togetherness are celebrated. This is appealing, sometimes overwhelming, and quite often gets to the point that you no longer feel in good hands. That is why many organizers have decided to offer specific parties, but if it is not about special fetishes such as excess people, dominating women or pee, it can sometimes take on obscure traits. There are actually parties for “beautiful people” because you don’t want the ugly ones. And unfortunately there are also “big black cock” parties. Here you get it: Unfortunately, sexuality is not just an open and freely floating thing, but also simply a social and cultural capital, sometimes insanely exclusive and hierarchical. This is why kinky parties – as a lifestyle, as they have emerged in the last decade -, are certainly not insignificant.

At this point I can tell you about my attempt at having my own party. It was called BI OPEN and was held every month from 2016 to 2018 at the Metropol Sauna – one of the city’s gay saunas. But instead of the normal procedure usually seen at men’s saunas, it was possible on the BI OPEN days for the sauna to be “open for all”, including women * or trans people. The evenings moved somewhere between the dance floor and DJ, whirlpool and sauna infusions as well as the playrooms. The audience was extremely diverse, from young people of the art scene, many bisexual men who had finally found a place to get to know and exchange, old swinger couples, people who simply came to celebrate and get to know each other, and others on the hunt for the highest ecstasy. Important for the cohesion of the party: At the end there was always the social bar, the smoking room, where everyone could meet and chat. Most importantly, everyone was naked : a sauna, with or without towels and bathrobes. There was no costume that distinguished one person from another – which brings us to the next topic : 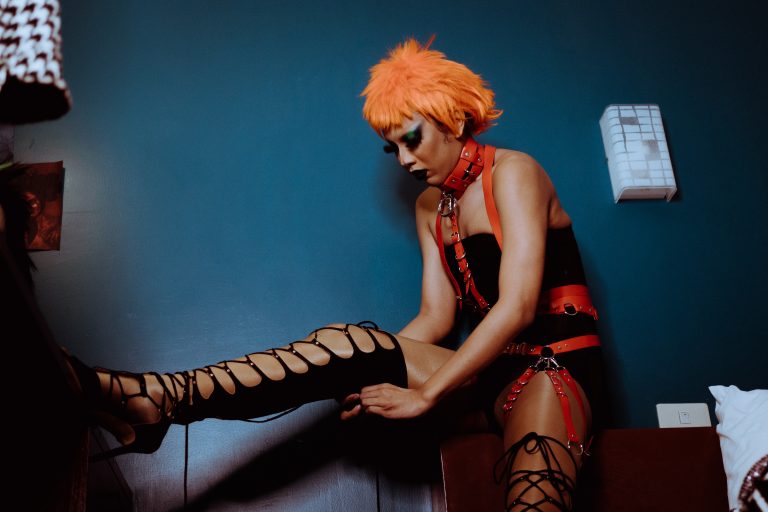 What Do I Wear And When Do I Take It Off?

A difficult topic, because the standards at sex parties – when they are not taking place in a sauna area -, are high and sometimes it seems to be about nothing other than wearing the most imaginative, most sexy costume. I’ve always had good experiences with not relying exclusively on a high-quality costume that is specially tailored for kinky parties, but rather playing with the wardrobe and accessories from my own wardrobe: boots, panties and a fat leather coat over it? Or how about wrapping yourself completely – or partially – in cling film and maybe some makeup at least for a part of the evening?

Now to undress: Here we come to the most important topic: Who do I go in with, how, when, where? I will be brief about this topic, because this is probably a point to be left for another text. Who are my like-minded people? Probably those like me, who like to fuck like me and may not necessarily be my thing in human terms? Kinky parties, one should better assume, sometimes promise ecstasy and other things, but you shouldn’t have too high expectations either. Your own sex is unlikely to get any better there. And in my opinion, people are not more open in the end. The attitude matters. I don’t think I have any expectations – therefore I haven’t experienced any disappointments – and this may often promise the greatest surprises!

* This formulation is used with reservations. Due to Corona, clubs like Kitkat are about to end. And how a kinky party should take place at a distance and with a face mask is also written in the stars.

If you are looking for inspiration then just watch a few videos e.g. under the category “intense”. 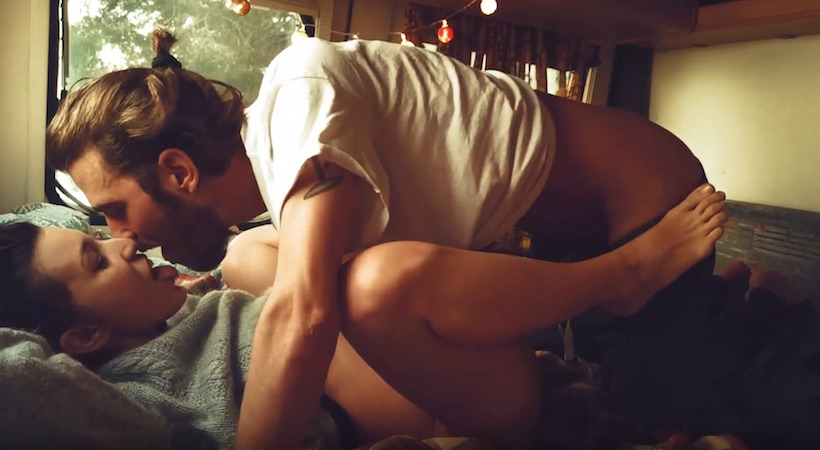 Running Away From Winter

There´s nothing better than a sweet escape from winter. Silky and Velvet… 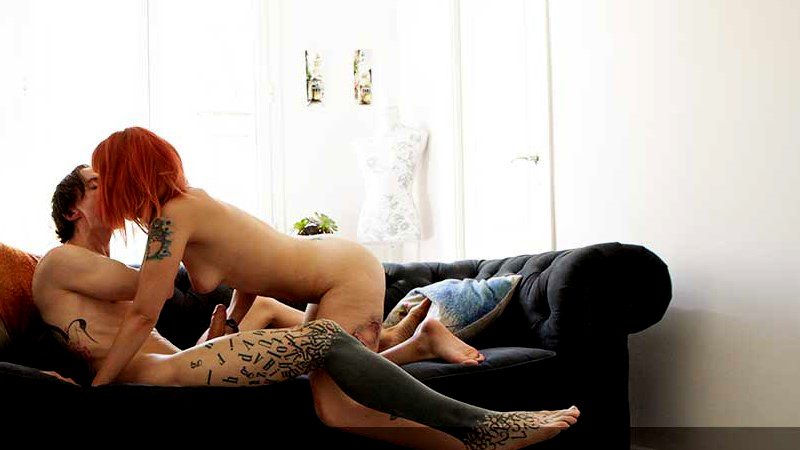 Why one orgasm is never enough, shows us this scene with Owen… 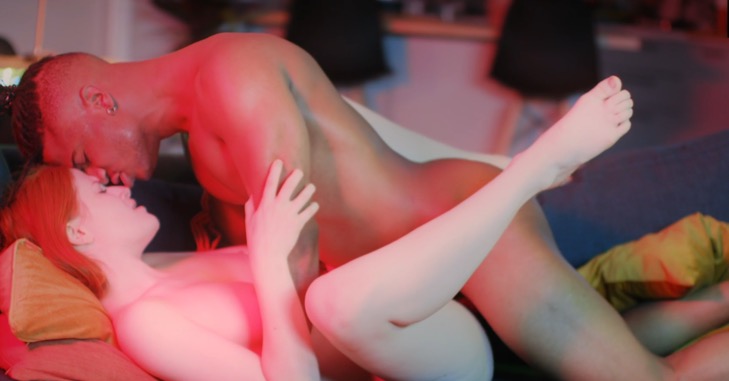 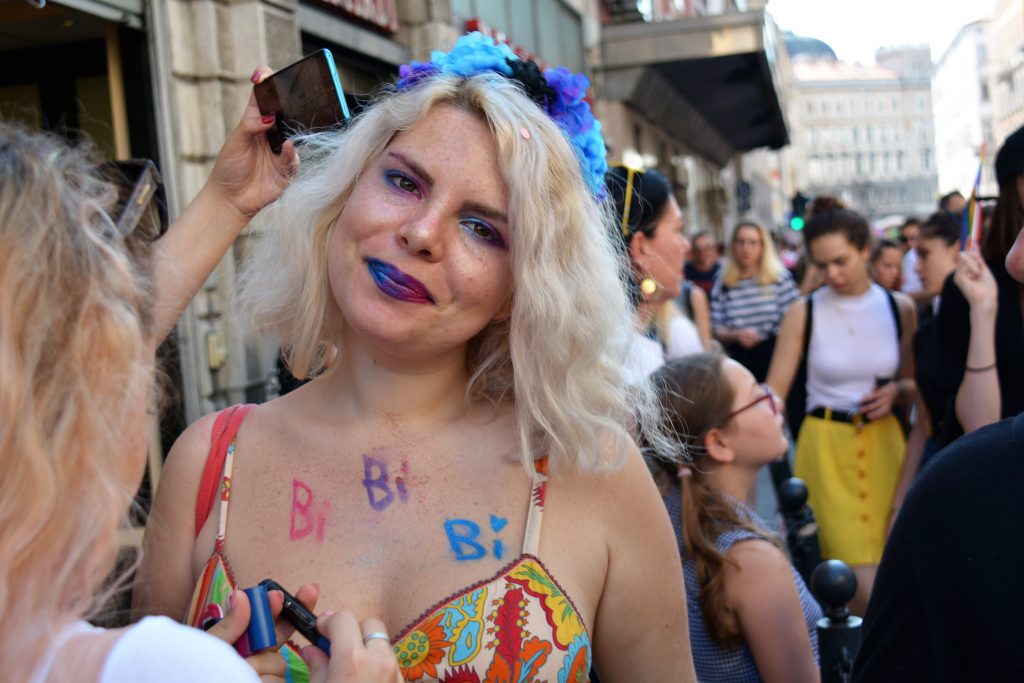 We Need To Talk About Bisexuality

How Do Fetishes Arise

What Is A Fetish? A fetish is a type of intense sexual… 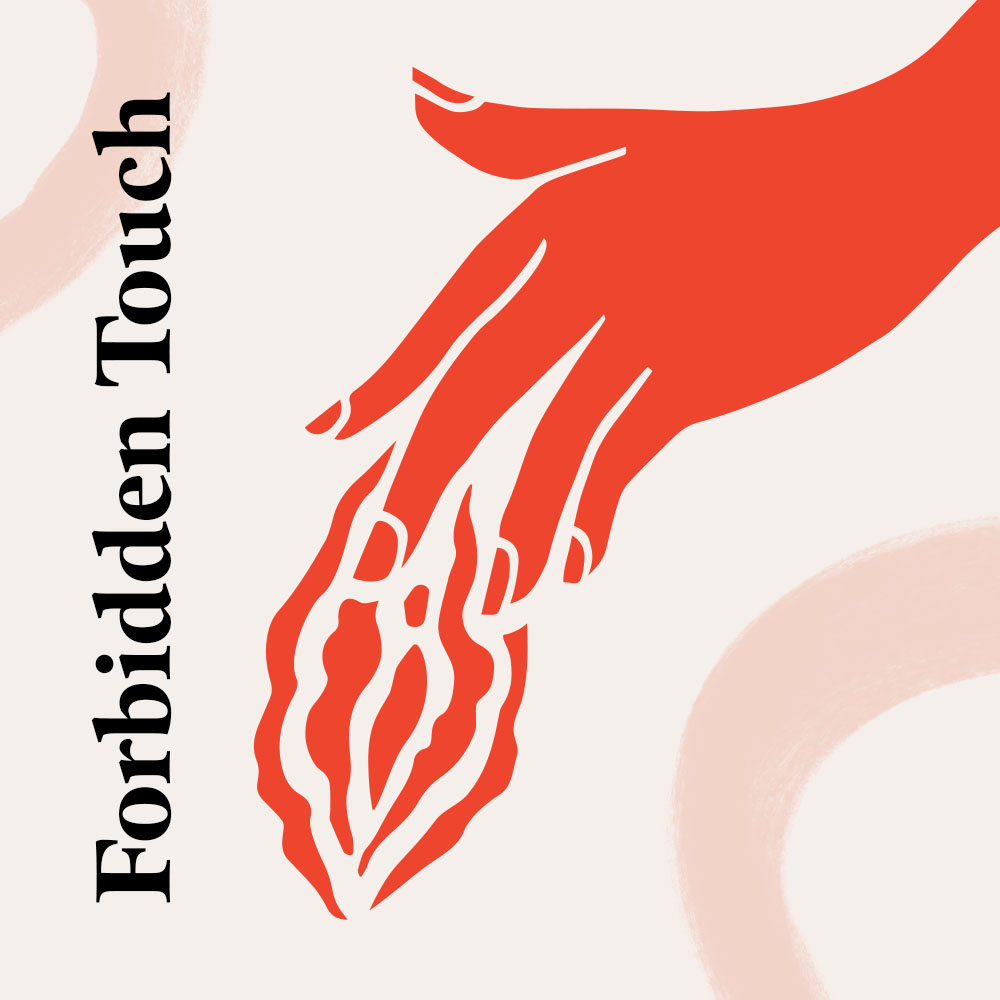 Culture
How Free Is Your Sex: The Results

Culture
How To Engage In Disability Friendly Sex

Culture
I’m Coming Out
Previous
Next

If you are over the age of 18 years or over the age of majority in the location from where you are accessing this website by entering the website you herby agree to comply with all the terms and conditions. You also acknowledge and agree that you are not offended by nudity and explicit depictions of sexual activity.

By clicking on the “Enter” button, and by entering this website you agree with all the above and certify under penalty of perjury that you are an adult.