The Ecosexual community wants to do away with the metaphor of Earth as our Mother. Preferring to think of the Earth as a lover. Some self professed Ecosexuals suggest that our relationship to the earth would change if we were lustful for the dirt, seeds and shoots that continue to grow on this increasingly hot planet. Perhaps humankind would be more committed to protecting and nurturing the earth if nature became an arousing sexual partner.

Ecosex is about being conscious of the consumables that are a part of the sex industry. It encourages production of chemical free lubes and biodegradable sex toys. But Ecosex is not just about crystal dildos. The Ecosexual community has been around since the early 2000s, becoming visible on dating websites where people started looking for other Ecosexual partners to share nature and sexuality with. The movement is notoriously performative, often staging large scale marriages to the Earth, trees and sometimes the ocean or the sea. Costumes range from nakedness to nymph with every gnarly bark interpretation in between. If you have ever visited a small hippie town on the coast of Australia or Burning Man Festival you may have a hard time suspending your sarcasm. Lusty treehuggers may instantly conjure a drumming circle, feather earrings and patchouli scented pussies. 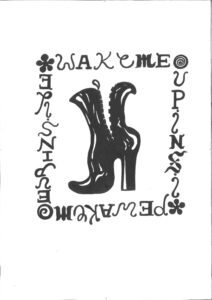 Colonisation by white european settlers has forced and inflamed our current detachment from nature. Populations that were once guardians of a biodiverse ecosystem are now displaced. First Nations people are fighting for basic rights and clean water, unpolluted land and the preservation of sacred sites. So in many ways it feels blatantly naïve to witness two white people marrying the earth in a circle of green clad Ecosex enthusiasts in light of the ongoing indigenous struggle to protect the natural world. Some questions must be raised. It seems pertinent that white Ecosexuals, whilst exploring their sexual earth awakening need to do the work to heal wounds their ancestors committed in that same dark, moist earth. Custodians who protected country for much longer than it took white colonialists to try and destroy it must be considered. How is the Ecosex movement making reparations?

The scene is soft, each caress is long. Nothing is fast or hard. The blue and red light moves over body parts, the three bodies becoming one, arousal building in intensity. The gardener’s fantasy is so real, that while in her secret garden she is completely transported by nature. She is not performing for the gaze or expectation of a lover, but sinking totally into her own pleasure.  Nature both transports the character and grounds her in her own pleasure. Nature has no    expectation of the other. The Earth is in no rush. Ecosexuality, beyond committing to earthly pleasure, is learning that pleasure centres in the self. Being in and noticing nature can be a powerful tool to reconnect the body with the mind, allowing pleasure to flow through both. Being a good lover to oneself is after all the ultimate gift. 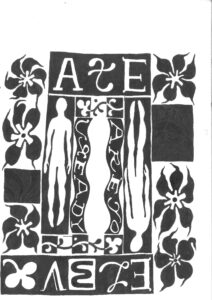 Flowers in their multitudinous iterations, with petals that remind us of labia and stamen of penises do not answer to one or the other but instead offer themselves to pollinators not only as a means of reproduction but an ostentatious display of all that they are. Their capacity to offer infinite smells and elaborate forms in an ever changing array is a kind of dance with attraction. They never apologise for being ‘too much’. Flowers are often flirting with insects, birds and humans, all of whom delight in their seeming frivolity. It would be too simple, however to understand them only as ephemeral organs of attraction. They defy our lexicon of gender and sexuality. The world of flowers collapses time, disavowing permanence, returning as another iteration of themselves the next season over. A symbol of an immortal desire. Offering beauty in a delicate but defiant gesture toward the eternally erotic. Flowers reveal to the ecosexually curious, our own soft petalled and, wildly unnameable interior.