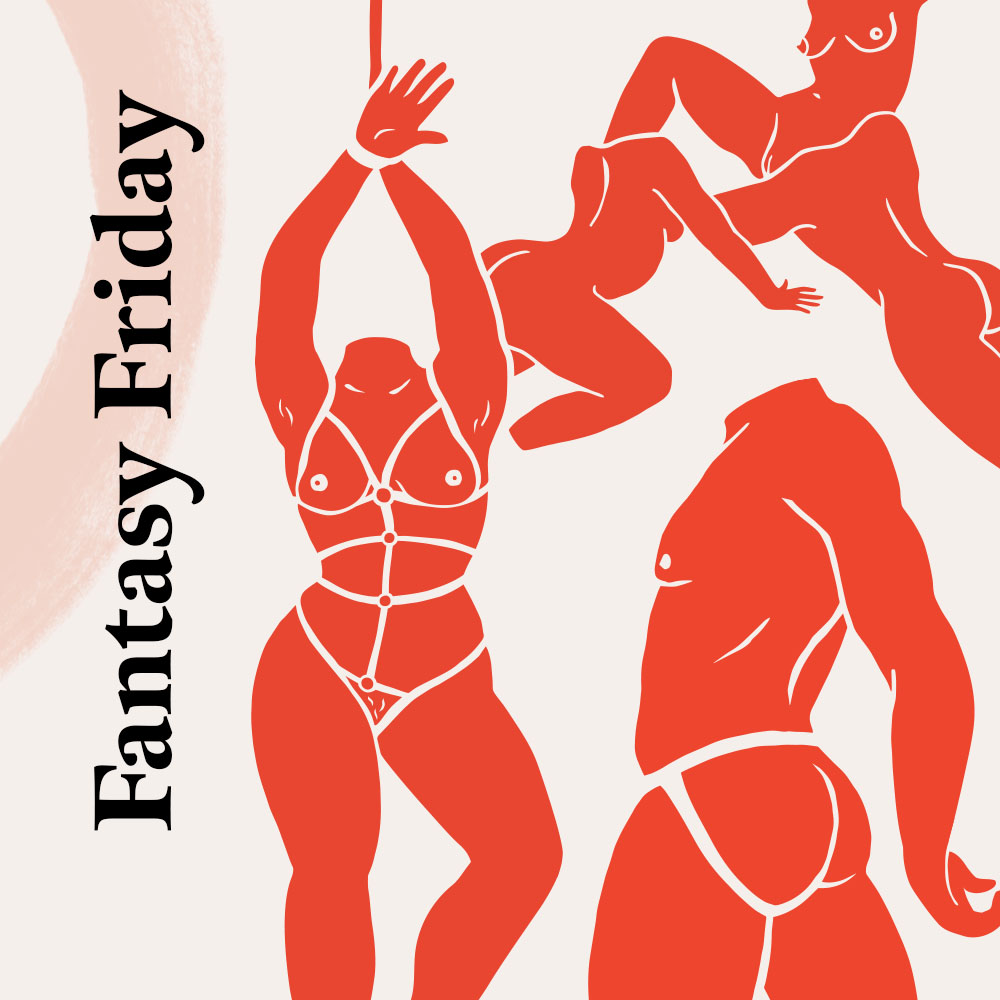 Every Friday we publish a fantasy about a certain topic. New fantasies will be updated on this blog post. 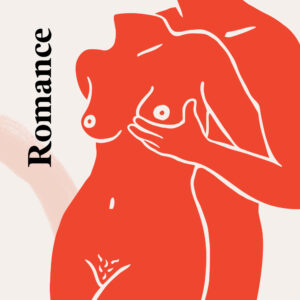 By the fireplace (Rosa)

My most recent fantasy takes place in a holiday home with an older man. Someone who’s really a lot older, around 50 years old, with grey hair, but still good in shape. The fantasy begins by the fireplace, on the couch, while we’re having a glass of wine. He initiates the action; I don’t expect it but I am happy to go along with it in the moment. The man is very dominant but the sex begins quite tenderly. I wear my favorite red-laced lingerie and the setting around us feels very romantic, with the warmth of the fireplace and candles… Even if something kinky happens in my fantasies, it’s always still within a romantic setting. And I’ve always had a thing for cottages and holiday homes, especially when they’re quite isolated and it’s just the two of you there. 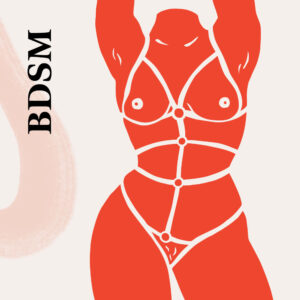 Half man, half snake (Anika)

When I imagine such a snake man, I see an angular face, with an upper body that is in good shape but not extremely muscular. The snake’s body starts from the waist down and he can wrap his tail around me completely. In my fantasy, I’m walking around somewhere while he sneaks up on me. When I look him in the eye, he starts talking to me: “Look at me, lose yourself, only listen to my voice…” Listening to his voice, I can’t think of anything else. And then, the moment I am totally hypnotized, he slowly but tightly—and without pain—wraps me in his tail. He starts touching me and moves his tail to be able to touch my boobs and kiss me. It makes me feel wanted, because I can’t leave and I can’t escape. I like feeling like I don’t have to decide anything anymore. I don’t need anything, I can’t do anything, I just need to listen to him.

When I think about this, I cum when I imagine the sensation of being totally constricted. I’ve never experienced anything like this before though, so I can’t really imagine what it feels like. I have tried to roll myself into a sleeping bag or a blanket to try to mimic the feeling, but of course you can’t really tie yourself up on your own. I do listen to ASMR videos in which people talk to you as if they’re in a certain role. There are men who make ASMR videos in which they pretend to be a snake man. I search for such videos on my phone, put my phone next to my ear and listen to a man who says he’s hypnotizing me… If those videos are out there, I’m certainly not the only one with this fantasy… 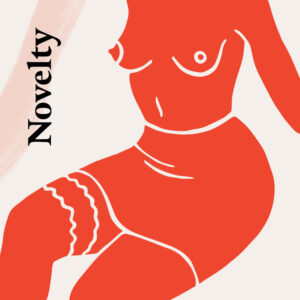 (i.e. fantasies about sexual experiences that are new and thrilling in some way)

In my fantasy, I have an office and I have a job, a real job! (In my daily life I work as a freelancer from home). The office is not an office with glass walls like you see everywhere these days, but a more closed space. I’ve set up a new company and invited applicants. My only condition if you want to work for me is—yup, sorry—that you have to visit me every morning to sexually please me. Men, women, all employees. Every morning.

I have about 20 employees and every 10 minutes a new employee comes into my office. I am sitting at a big desk and the employees crawl under this desk when they come in. And they want to do this! They specifically want to work at my company so it’s not so boring to come to the office in the morning. “I get to please the boss every day! How wonderful!”

I do want to radiate egalitarianism and not privilege one employee over the other. If one employee leaves my office and another comes in, I want them to see each other. This is teamwork!

In my imagination, I feel very generous. This is something I give to my employees. I am also available for interviews with journalists. They’ll say, “Gee, that’s a special way of working.” And then I tell them some very feminist argument for why I do this. You could also say it’s a rather colonial attitude to life. Because it’s totally imperialist to say, “I’m offering you something, come to me, this is going to help you.” But most of all, I feel generous. 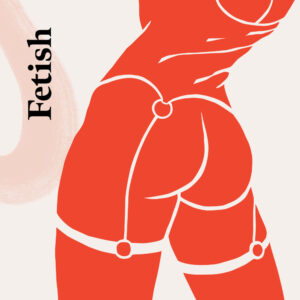 (i.e. any fantasy that strongly focuses on one type of sensation or object – e.g. a fetish).

In the snow (Chloë)

All my fantasies are highly tactile. In the sense that they have a lot to do with touch and what I feel on my skin. In one fantasy I have regularly, I’m lying in the snow and I focus on the sensation of my warm body in the cold snow. Sometimes I’m lying there alone and sometimes someone’s with me, usually my boyfriend. We both lie there naked. When I envision the fantasy I see a very abstract image: mostly close-up body parts and lots of skin. When my boyfriend’s in the fantasy, we have sex, but that’s not even the most important thing. The fantasy is more about the warmth of my body melting the snow. I feel the ice crystals on my skin and the sensations, the tingling, the drops of snow. The fantasy has something very serene, calm, and quiet about it. When it’s been snowing outside, there is a certain muffled sound and then the world is really quiet—that’s how I would describe how my fantasy feels. Like there’s an aural veil over my imagination.

That cold element comes back in a lot of my fantasies. This probably sounds very stupid, but I also like to fantasize that my body is freezing. First my toes freeze, then my arms, and slowly my whole body becomes frozen. What arouses me about this idea is that my body can then unfreeze again. So it’s about the warmth of my body and the cold of the environment. But if I were to turn the fantasy around, a cold body in the sun, that wouldn’t actually excite me at all. 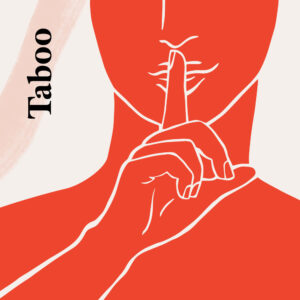 A dolphin brushing by my leg (Larissa)

I really like the idea of being intim@ having some kind of sex with a dolphin. Not necessarily penetrative sex, but I can imagine that a dolphin has a very fine, wet, smooth skin which would be really nice to feel rubbed against your naked body. That’s sort of sex too.

I’m not a dolphin-freak at all, I’ve never even touched a dolphin. But it fascinates me that they are such intelligent animals. I also like the idea of being surrounded by lukewarm water. In my fantasy, I don’t see myself in a dolphinarium but in the ocean, with the sun reflecting on the surface. While I’m swimming, I suddenly feel a dolphin brushing by my leg. I imagine that feels like when you feel a fish brush by your leg when you swim—that, but bigger and stronger. In the fantasy, I want the dolphin to have some human traits and to understand my sexuality. Because normally a dolphin wouldn’t understand that. Just like girls who ride horses and have an orgasm while riding them—a horse doesn’t understand that at all.

This is not a fantasy I would put into action, for the sake of the animal. I find the idea of bestiality quite difficult. I know that there are people who think that some animals, like dogs, are able to indicate whether they like something or not. But I think it’s a little crazy to decide for an animal. 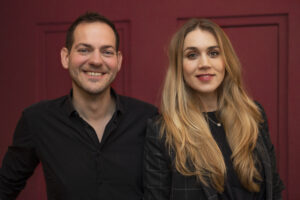 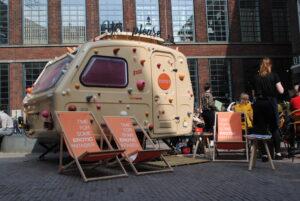 All fantasies are literal transcriptions from real-life interviews. The “Yes Please!” project was initiated by Dutch researchers and authors Lucas De Man and Mariëlle de Goede. Inspired by the famous writer Nancy Friday, the Two set out to discover what people fantasize about today. They took a little caravan and converted into a recording study and stationed it at festivals, conferences, and other large gatherings to interview people from all walks of life. The result is the largest study of sexual fantasies in the Netherlands and Belgium, brought to you by a liberating book under the same name (currently only available in Dutch).

Every friday we publish a fantasy about a certain topic. On top of this, new fantasies will be updated on this blog post

Every Friday we publish a fantasy about a certain topic. New fantasies will be updated on this blog post.
Weiterlesen 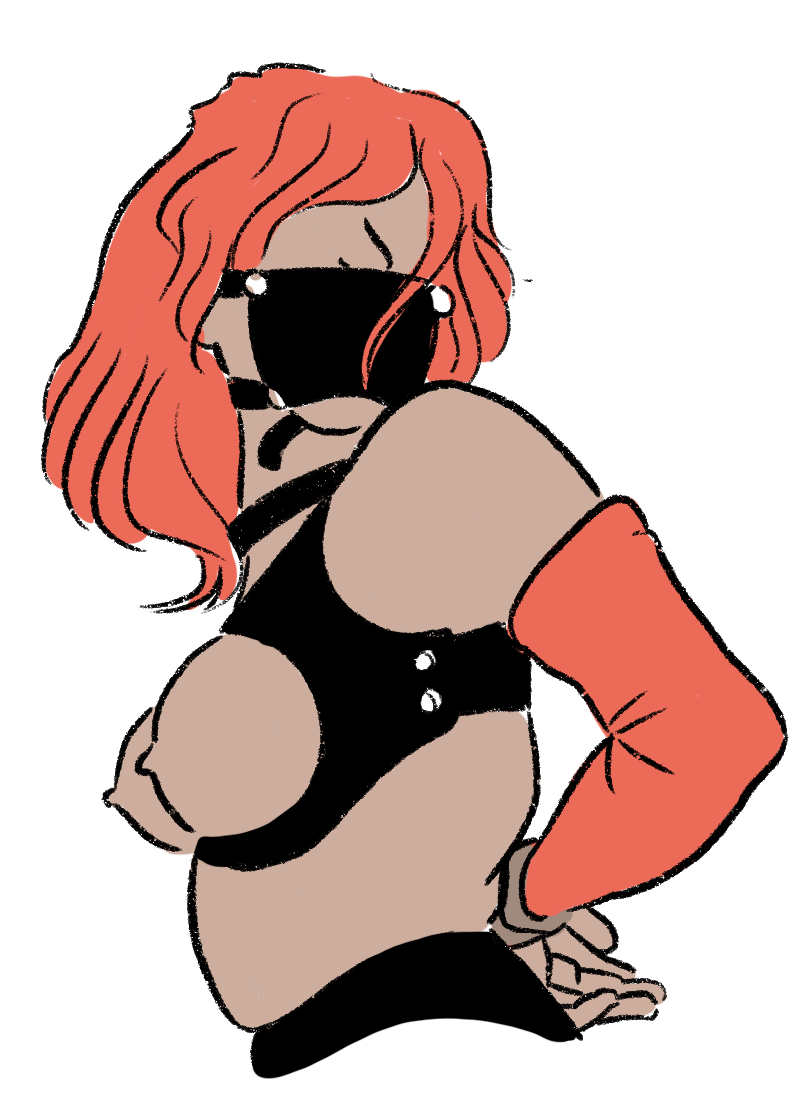 Breaking the Taboo: In favour of Sexpositivity 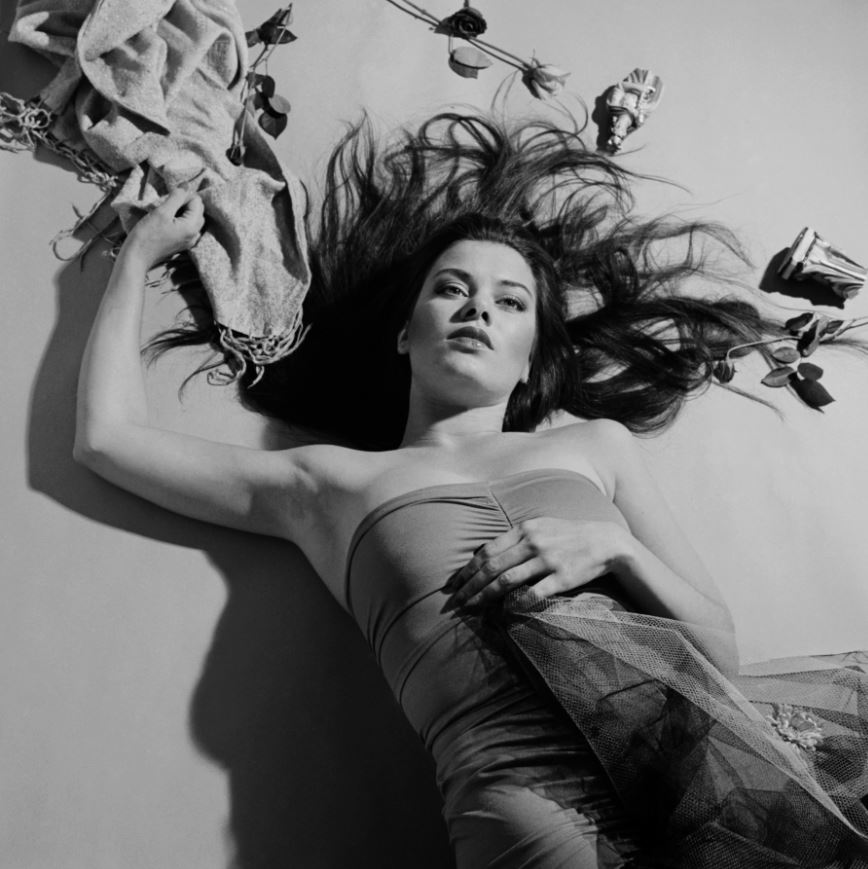 A pioneering woman ahead of her times. Travelling time together with Candida Royalle. A fascinating and moving portrait about her life and untold stories.
Weiterlesen 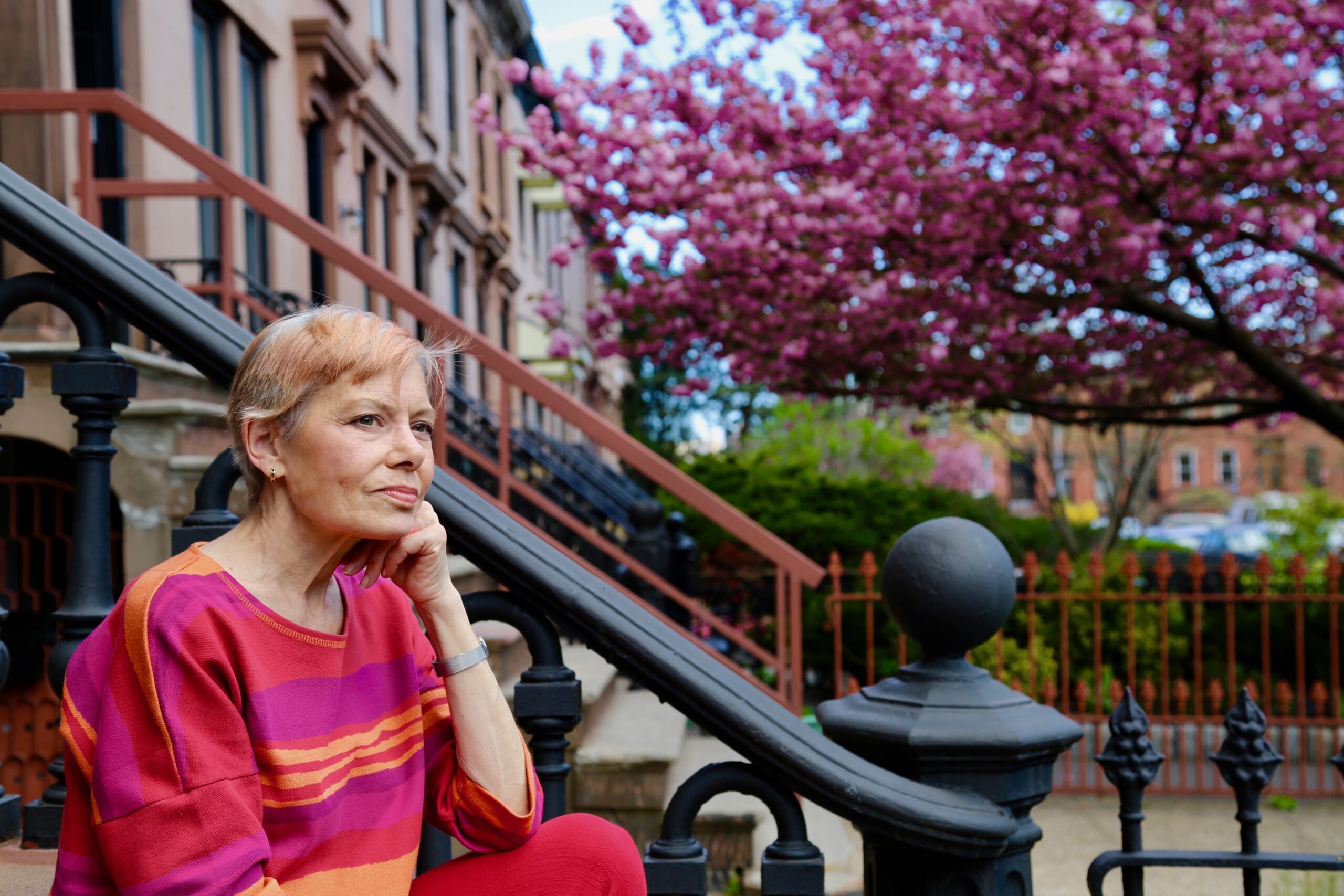 We have had the pleasure to speak with Sheona MCDonald, filmmaker of Candice- The Documentary - now available on CHEEX.
Weiterlesen